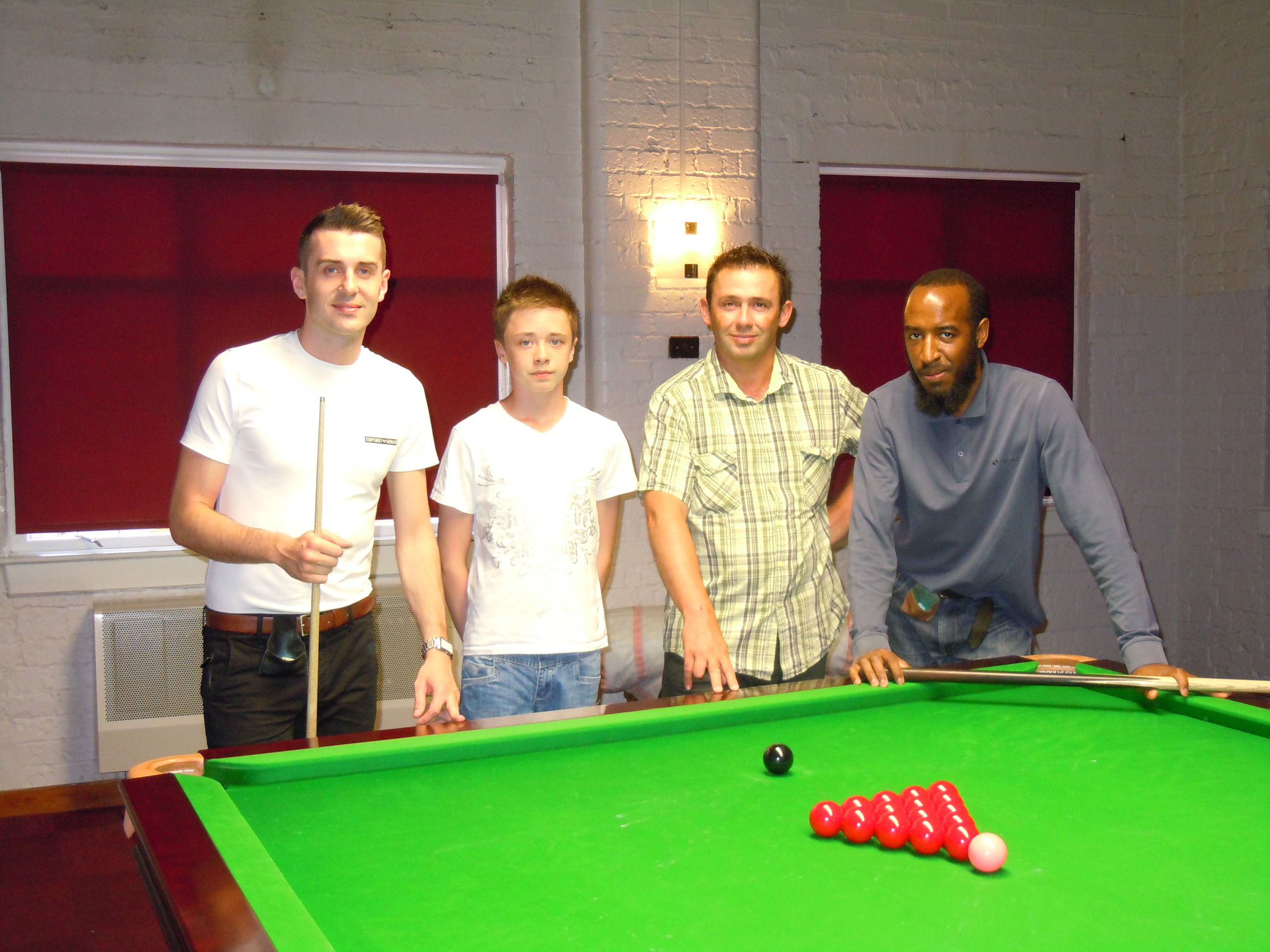 International relations continue at The Winchester with the arrival of France’s No 1 player Stephane Ochoiski and his 13 year old son Brian.

Stephane is playing in the qualifiers of EPTC2 in Sheffield, finals to be played in Gdynia, Poland, so in preparation he has come to The Winchester for some vital match practice.

The Winchester’s proprietor Mukesh Parmar has known Stephane for several years as Mark Selby has been invited to Stephane’s home club in the picturesque town, St Avold, in the North East of France several times.

Stephane’s son Brian is also a keen player with a highest break of 78, he is practising with some of The Winchester’s junior Academy boys. 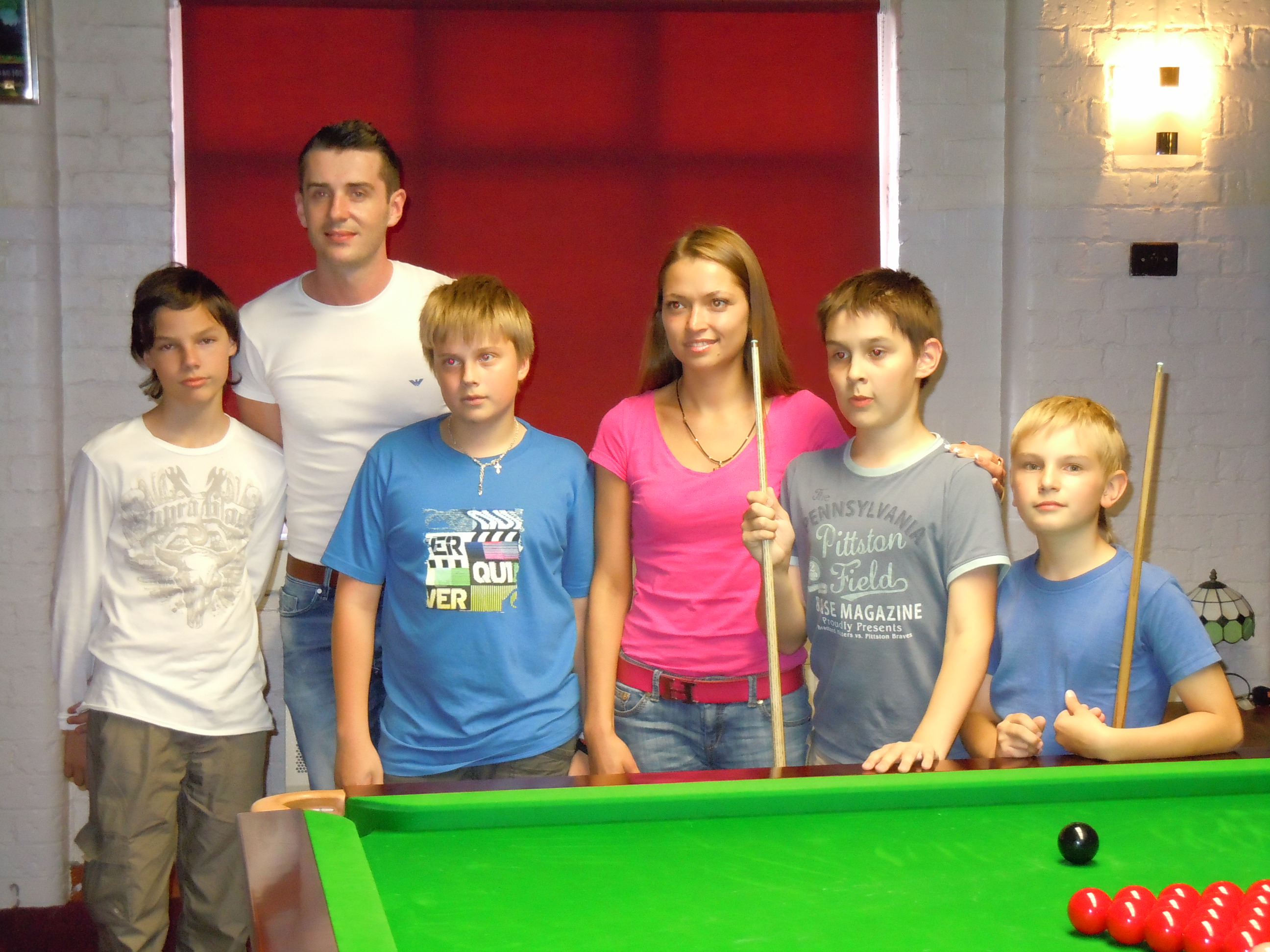 The Winchester played hosts to a junior Russian party chaperoned by Irina Gorbataya, who herself is a keen snooker player. The group were here to participate in the European Under 18 Snooker Tournament as well as to spend time at the South West Snooker Academy and to visit England.

Mark Selby volunteered his time to play all the juniors, whilst manager Mukesh Parmar and resident coach Alan Perkins helped in the coaching department.

Irina is hoping to develop relationships in the UK to help her establish a snooker academy in Russia and she is confident that snooker can become more popular in her home city of St Petersburg.

Local juniors from the Jester’s Snooker Academy based at The Winchester were also on hand to play the young Russian players. 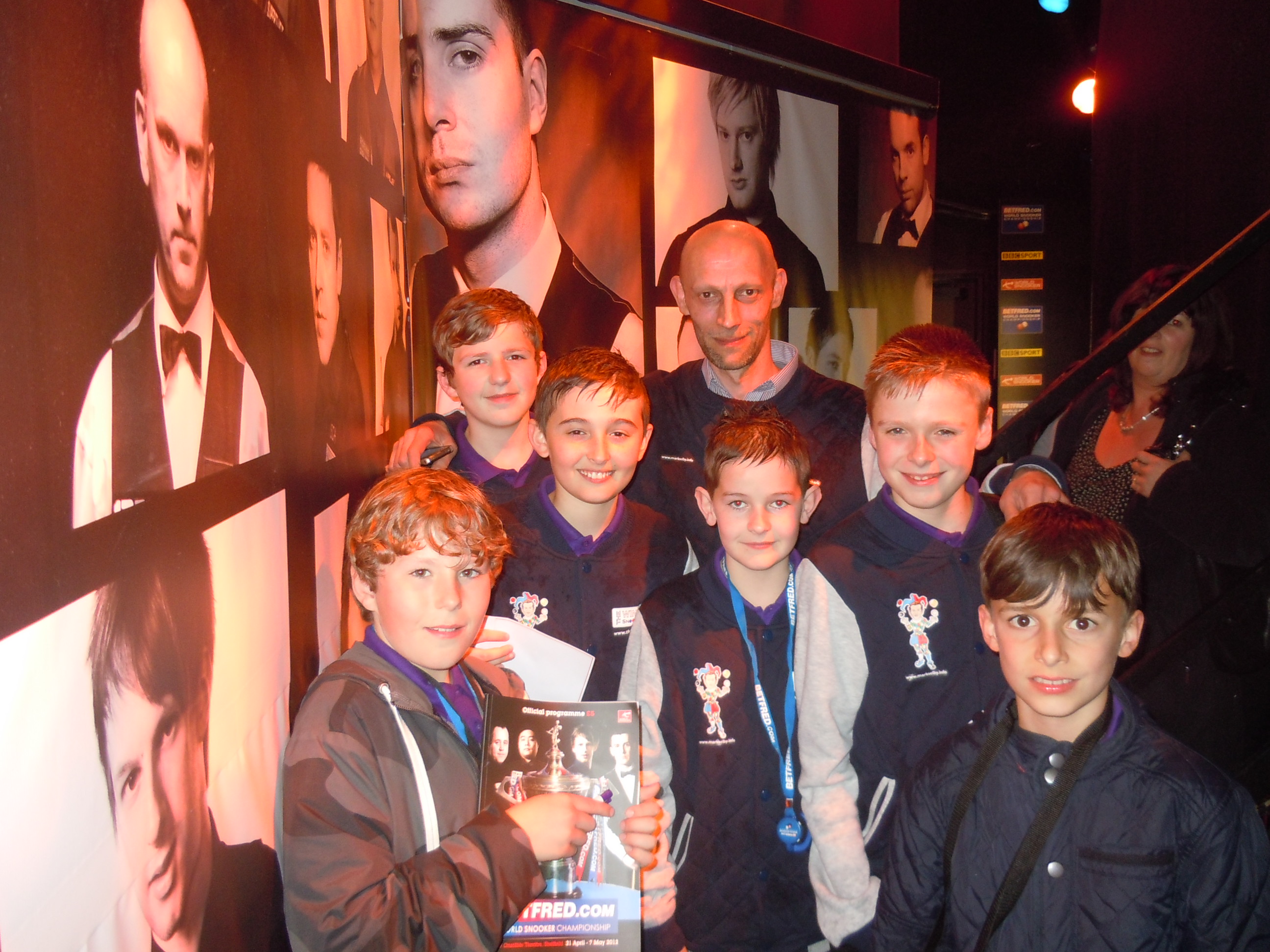 Juniors at the Crucible

Members of the ‘Jester’s Snooker Academy’ endorsed by Mark Selby and based at The Winchester, visited the home of snooker ‘Crucible’ in Sheffield.

A day out organised by Mukesh included a coaching session by the Paul Hunter Foundation in the ‘Cuezone’, a backstage tour including visiting the match arena and also tickets to watch Mark Selby play Barry Hawkins.

The Academy were chaperoned by their resident coach at The Winchester, Alan Perkins.